Came across something interesting today on Automatic Logic Diagram 13.50.04.1. It refers to unit “8” – which is for punch column binary – a special feature. An 8 character is just the 8 bit – odd parity. However, to decode unit 8 per the ALD one would have to have B 8 – and no check bit – even parity- which can never happen. So, if one were going to have the column binary feature installed, it would require an actual rework to change the input to one of the pins on ALD 13.50.04.1, coordinate 3A (11DJ02) from “+S E CH U SEL REG B BIT” to “+S E CH U SEL REG NOT B BIT”. So, without this rework, the machine would simply not decode unit 8 at all – perhaps intentionally. (Of course, on the generated version, this would be an easy fix, but for now I just left it as is.)

I have been testing the logic generated from each Automated Logic Diagram (ALD) page, using the Instructional Logic Diagrams (ILD) were available to guide my testing. Until today I don’t recall finding any cases where I actually made a connection mistake when I entered the ALDs into the database – until today. On page 13.50.01.1, I had mis-substituted signal “-S I-O Lozenge Latch” where I should have had “+S Logic Gate E 1” as the input to the gate at coordinate 5H. The testing caught it.

When I entered data for each sheet, I tracked usage of each signal count. I had a “2” written next to “+S Logic Gate E1” — as I should have. I must have missed that when I checked the signal usage counts after entry (“-S I-O Lozenge Latch” had the two instead). The latter is right below the former on the left side of the ALD, which made the mistake not unlikely, and made it easier to mis-interpret where I had written the signal count of 2. I even circled the 2, meaning I checked it. Oops. 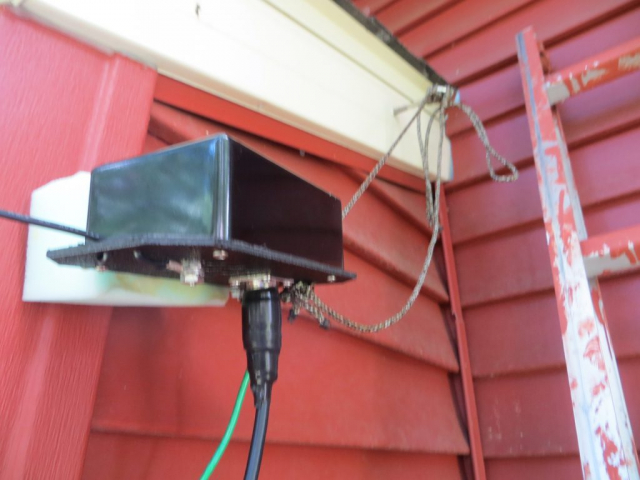 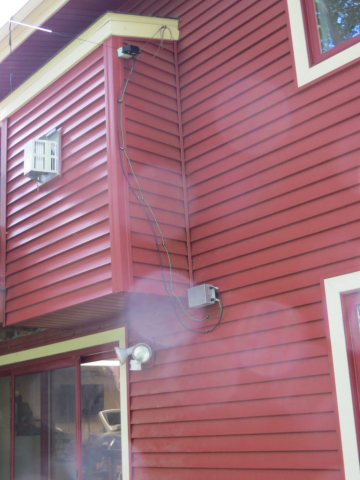 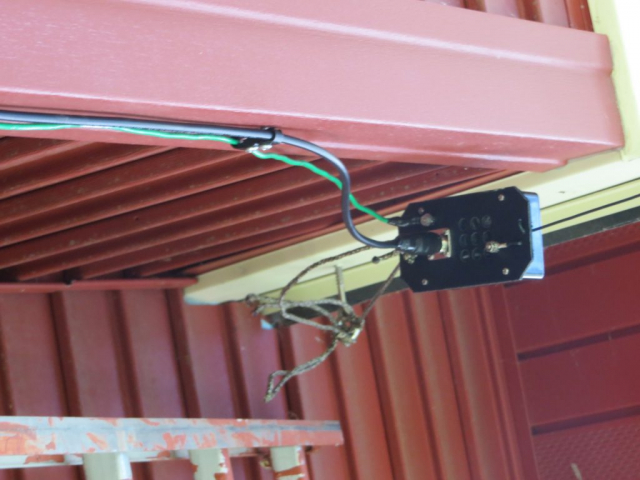 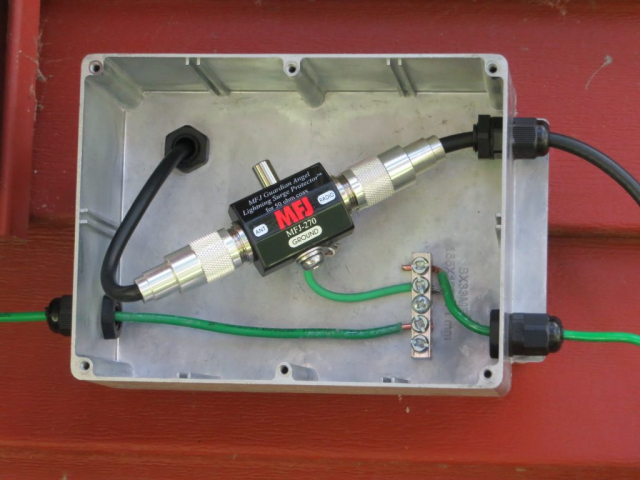 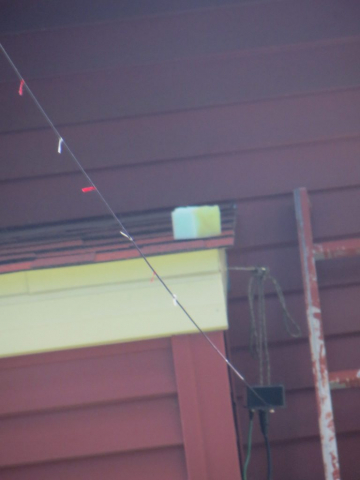 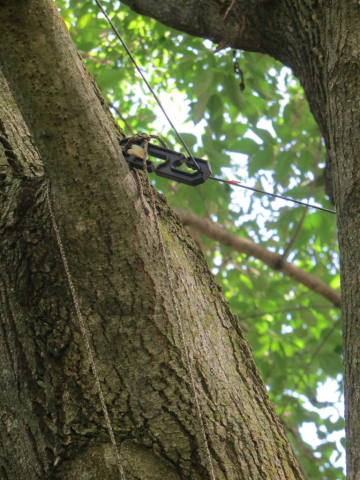 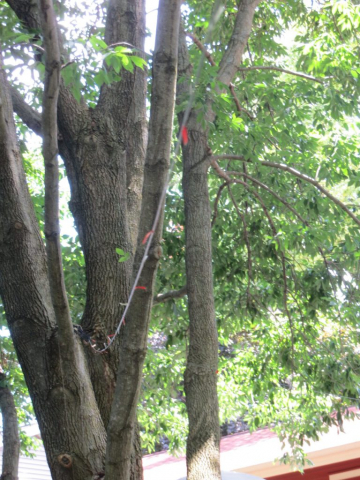 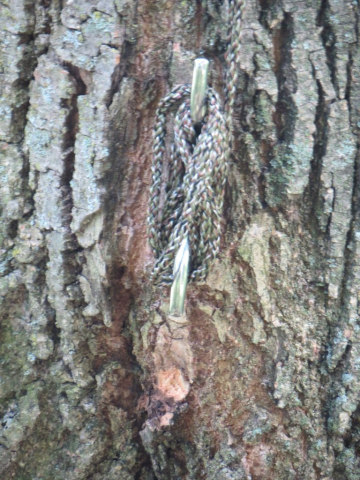 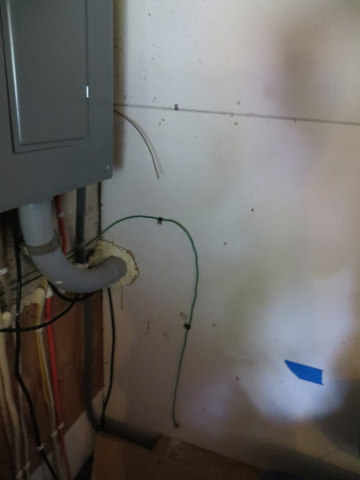 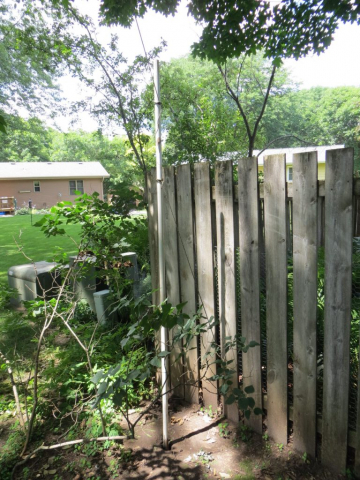 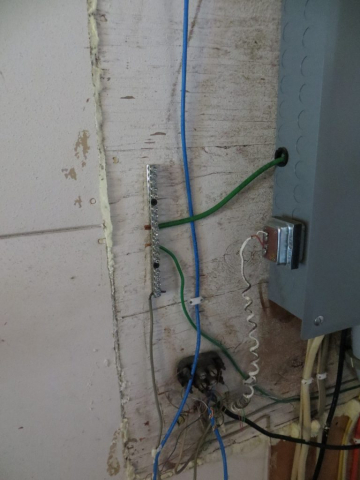 I continue to make progress testing the logic generation from ALDs into VHDL. I have now completed the generation and testing of pages in Volume III, which includes the operation and operation modifier registers and decode.

To aid testing, I created a BCD enumeration, which, because VHDL enumerates them in order, starting at 0, made BCD character (by name, such as BCD_A) to binary string conversion easy, which facilitated testing.

I continue to find very few errors. I did find a couple of signal names with (consistent) typos and a few cases where gates had an input shorted to ground (logic 1 for SDRTL) where I removed that connection as handling it would have required code changes to the generation code which I did not care to make.

A: When it is acting as a simple delay line

While working on ALD page 12.65.01.1, which generates power on and computer reset signals, I noticed something that didn’t look quite right. The computer reset signal (active negative) when negative when the button push was simulated, then went back inactive, then went active again 25 microseconds later – when it was actually supposed to go active (the result of the timeout of a 25 microsecond single shot gate).

Puzzling – the logic all looked fine. What was going on? At first I thought, “so what – it is going to reset anyway — so no big deal”. But then I looked at the IBM 1410 system fundamentals document, S223-2648, page 26, which makes it pretty clear that the computer reset signal should only be active after the computer reset clock start single shot times out, indicating that the logic gate should stop at either state A or state R. But why?

Then it hit me: CORE STORAGE. If one resets the machine at the wrong time – say, in between reading a character from core (which is a destructive operation) and writing it back, bad things would happen. — the character would be erased. But, how did the actual machine avoid this problem? Sure, I have a relatively long (90 ns, with a 100MHz FPGA clock) single shot setup time to detect the rising edge of an asynchronous trigger on the single shot, but regardless, that setup time would not be 0.

Fortunately, I had already learned how to implement a delay on an FPGA: with a “bucket brigade” delay line – whose length determines the delay. Sticking a 4 cell (120 ns) delay at that point in the circuit fixed things up just fine.

The results are shown in the simulated ‘scope trace, below. (The count signal and SSTAGE# signals below are for a different 20 millisecond single shot.)

For starters, I should say that the IBM Field Engineering Instructional materials, which I relied on heavily when creating my IBM 1410 Simulator software are excellent, especially considering these documents were typeset in more than a decade before anyone had heard of a word processor.

Nonetheless, I stumbled into two errors in the IBM 1410 System Fundamentals manual, S23-2589, this week. Both are instances where the output signals from gates are different from what is shown in the document.

The other error applies to card type DFZ (and its companion, DGA), which I ran into on ALD page 12.61.13.1. The timing diagram in figure 107 on page 92 of the System Fundamentals manual shows NAND logic: If both inputs are high, the output goes negative. However, analysis of the circuit for DFZ, part number 370241 makes it apparent that it is actually NOR positive logic: If either input is high (approximately 0v), then the output is low. Only if both inputs are low (negative voltage) is the output voltage high. This was “sussed out” by looking at the intended logic on the ILD.

Ran into the first case of needing to reconstruct an Automated Logic Diagram (ALD) page, as part of my ongoion IBM 1410 FPGA implementation project.

The page for the 2nd and 3rd Scan Controls, 12.30.04.1, was missing from my diagram set. I did have information about how many gates from which cards were present on the diagram, gleaned from the card location charts. Fortunately, the Instructional Logic Diagrams (ILD) covered the missing page. Between the two I was able to construct the page, using the original gates, and other than logic block placement on the printed sheet, I expect it is pretty accurate.

I only hope all of the missing pages are so “easy”. Easy is in quotes because on the 3rd Scan Control latch, there is a collector pullover to logic 1 to reset the latch that is not common. That same situation exists with the same card type (DFA), so I was able to verify the gate utilitzatin.

I have reached a sort of milestone in my efforts to replicate the IBM 1410 Data Processing System in an FPGA. The Automated Logic Diagrams (ALDs) comprise 11 volumes – I through XI. Volume I is power supply and general items, and so does not play into the process very much.

The milestone is that I have completed generating and running HDL test benches on all of the pages in Volume II (except for one, having to do with a clock, which is not critical, and may or may not be addressed later.)

I really am surprised about a couple of things. First, while I have fixed a smallish handful of bugs in the data gathering / HDL generation application, there really have not been very many problems in that area. The second is that, aided with the information in the Instruction Logic Diagrams (ILDs) in my testing, I have found very very few issues with the data that was actually captured – relatively few “clerical errors” – few enough that I am pretty surprised.

On to Volume III!