I have a few Apple computers in the collection, including an Apple II Plus, a Mac Plus and a Mac IIsi.

I have a couple of Apple II Plus computers, and parts for a II or IIe that were given to me. Both of the Plus’s have language cards in them, and I also have one Microsoft Z80 card which I have not tested. I have 3 Apple II disk (floppy) drives – one of which actually works. For the photo above I used an NTSC video to VGA converter. It works pretty well, but colors do not show up because the Apple II uses video “artifacts” to produce color. 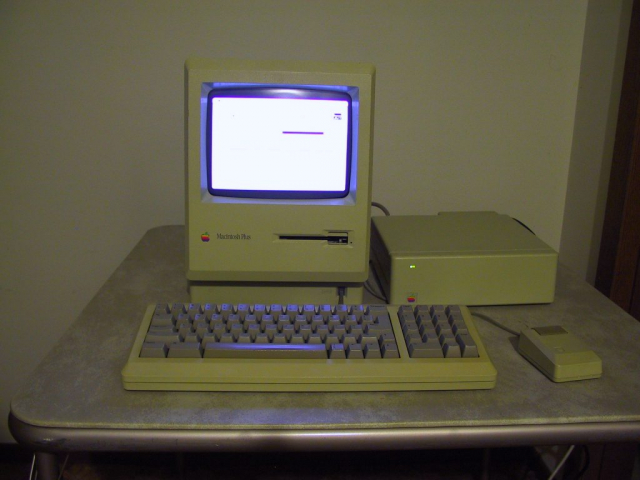 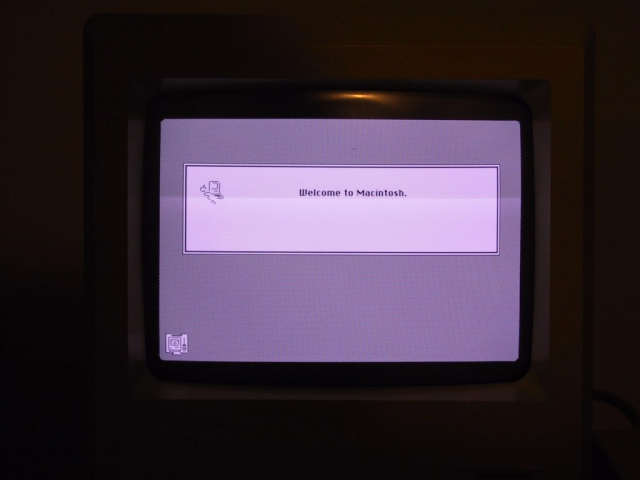 I still remember borrowing one of the original Apple Macintosh computers from Team Electronics. It was pretty impressive in its day. The machine shown here is a Mac Plus with 4MB of memory – a huge amount of memory for those days, and an external Apple SCSI hard disk, which came from U. Wisconsin surplus. In those days folks surplussed hard drives without considering that the data on them might contain personally identifying information – as this one did, and was then scrubbed of that data.

I also have a second-generation Mac II si in the collection, along with its monitor.