My collection has a fair number of floppy disk and disk drives on both minicomputers and microcomputers. For the most part, the microcomputer drives are not pictured here, but are instead pictured with their individual microcomputers.

The RX01 is an “interesting” device. It has a DEC formatter board which does most of the work, and a relatively simple, non-DMA interface on the computer side. It handles single density IBM-3740 format compatible floppy disks. DEC also made a double-density RX02 – but it recorded the first track in single density.

Before Digital Equipment came up with the RK05 disk drive, they used a Diablo Model 30 drive, which was used by other minicomputer manufacturers as well. Those two – the RK03 and RK05 – are compatible and can interchange packs. Each pack stores about 2.4MB of information. It’s track to track seek time was a respectable 15ms, with an average seek time of 70ms. This pair are part of Hannes’ PDP-11/20, and sports the older RK11-C controller. At one time they were working, and one still did spin up the last time I tried it. There may be power supply issues. 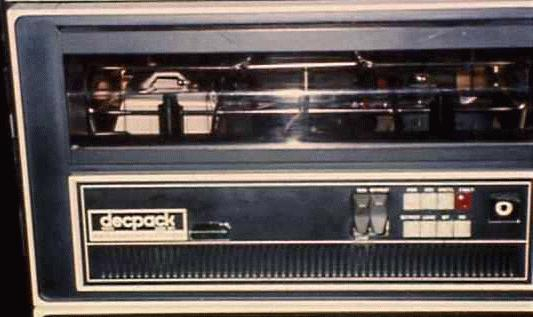 The RK05 soon replaced the RK03. It had the same capacity, but had faster seek times: 10ms track to track, 50ms average, because it used a heft voice-coil positioner. These drives were very very popular on PDP-11 systems (as the RK11 disk subsystem) and on PDP-8/e systems (as the RK8/e disk subsystem). I have a rack containing 4 RK05 drives next to my PDP-11/34, as shown above. The top two drives are connected to an RK11-D controller in the PDP-11/34; the bottom two drives are “spares”.

Time marched on, and the need for disk storage grew, so along came the RK06 and RK07 disk subsystems. I declined an offer for RK06 drives (I was out of room), but the PDP-11/24 system came with two floor-standing RK07 disk drives. The RK06 had a capacity of 14MB. The RK07 had a capacity of 28MB, with average seek times of 36.5ms. I have two RK611 controllers, one in the PDP-11/24 and a second one in my PDP-11/34, that I can use to transfer files between the two, and provide a convenient, fast path from my PDP-11/34 to my PC by way of the PDP-11/24. (I wish I had the dual interface steering card set, so I could leave both hooked up at the same time, but I don’t, so instead I have to uncable a drive from one system and cable it into the other). 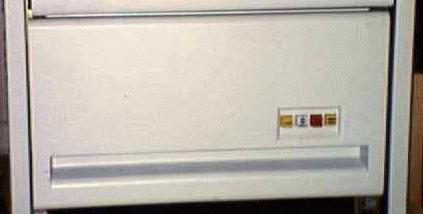 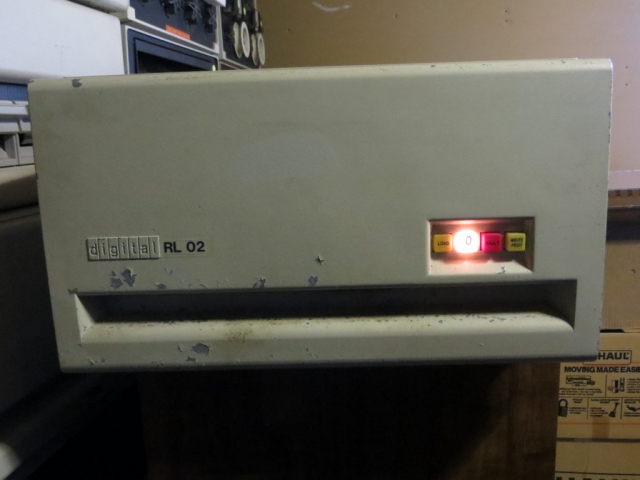 I have three RL01’s in the collection, two of which are operable, and an operable RL02. The RL02 had been stored in the garage, but was rescued for a planned RL02 data recovery that never actually occurred, so now it sits on top of a stereo cabinet full of some “vintage” stereo equipment. 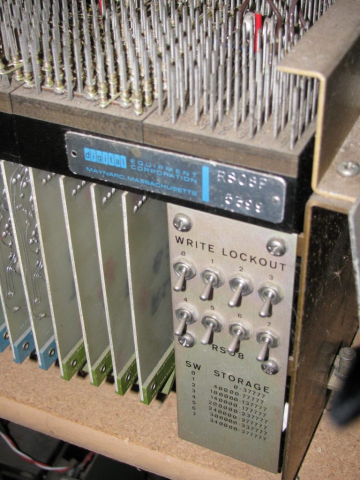 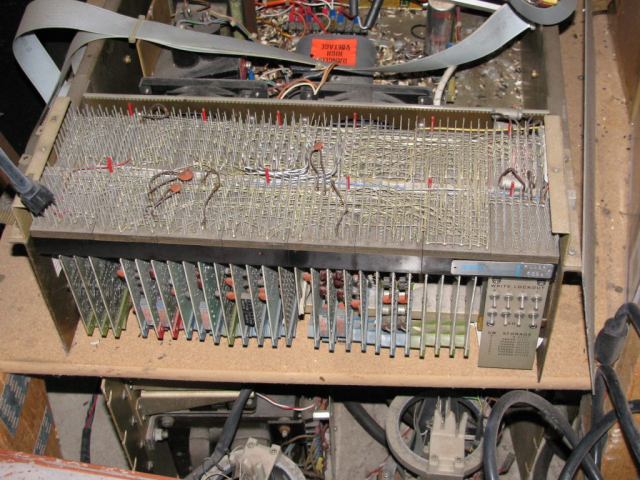 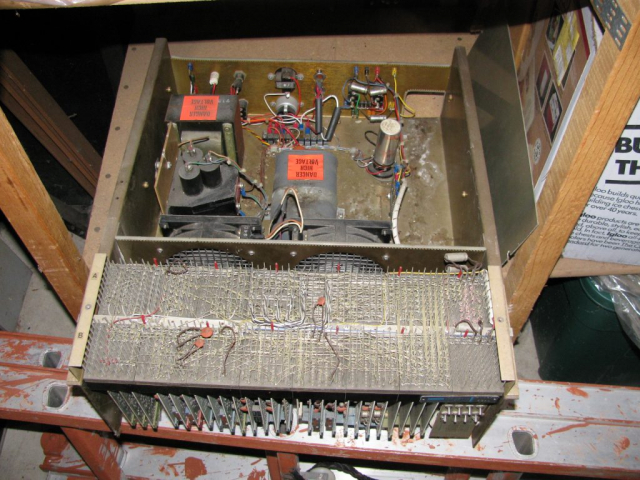 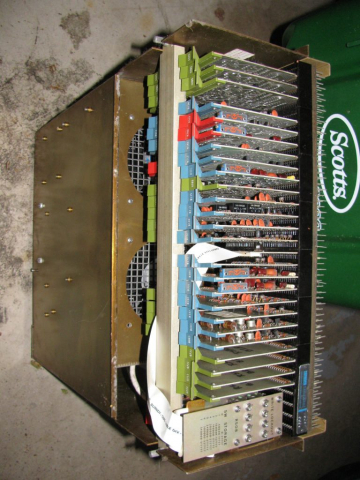 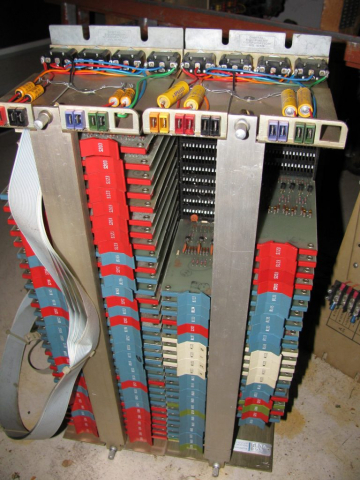 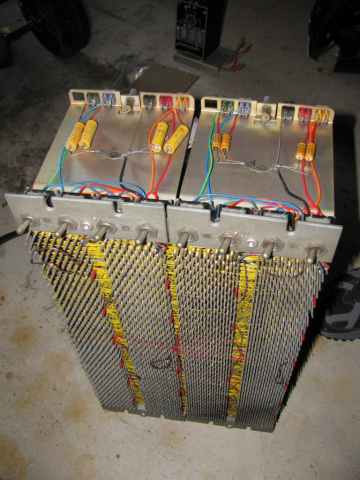 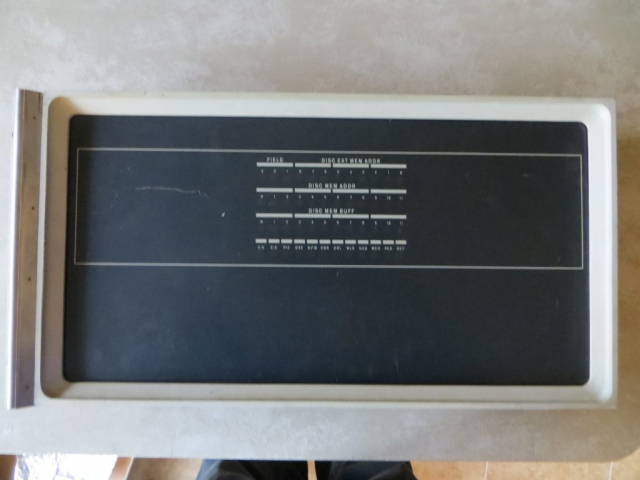 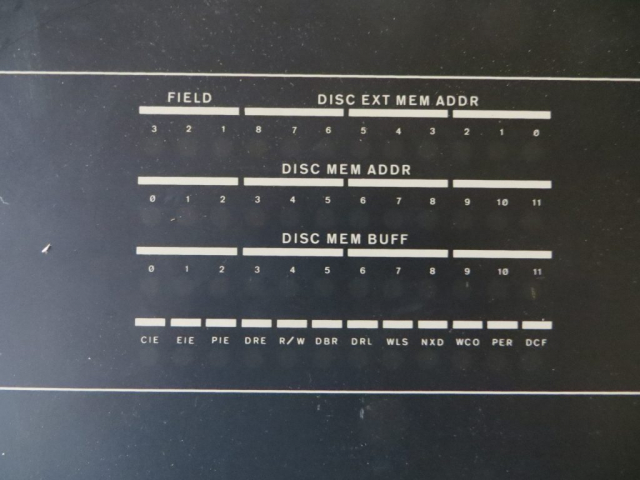 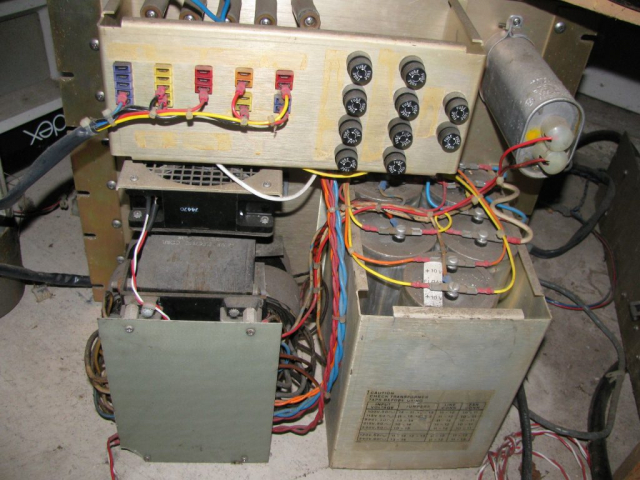 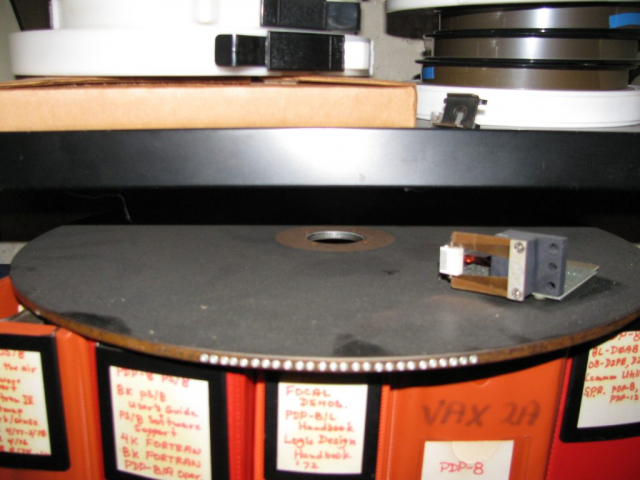 Here is what is left of a Digital Equipment RS08P Disk Drive and RF08 Controller. I no longer properly remember how it was obtained, but if I recall correctly, it was the result of a “dumpster dive” in back of a University of Wisconsin building, where Hannes and I found it in pieces, along with some “K” series logic backplanes. We pulled it out, but never restored it. To my embarrassment, I also foolishly disassembled the drive proper (motor, disk and heads) at some point. How very very foolish of me – one of the two most foolish, embarrassing things I have done over the years with respect to the collection. As can be seen in the photos, for a while some mice took up residence in the drive electronics – which has since been cleaned up.

Update: As of March 31 the RS08 and RF08 have been remanded to Josh Dersch where it is hoped they will receive some restorative care.

The collection has two DG 6100 Disc (that was how DG spelled it) subsystems, each of which has a 1.26MB quad-density diskette drive and a 25MB “winchester” (sealed disk/head assembly) hard disk. One came with and is attached to the Eclipse S/140, and the other is attached to the Nova 4. Neither of them is particularly happy, though both were working when I got them. The one on the S/140 has an electronics problem that caused “magic smoke” to escape. The one on the Nova 4 was operable last I tried, but has a tendency to throw its drive belt. 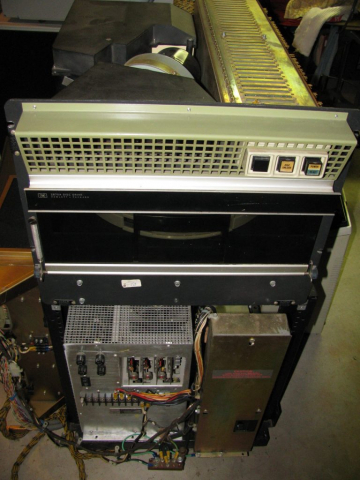 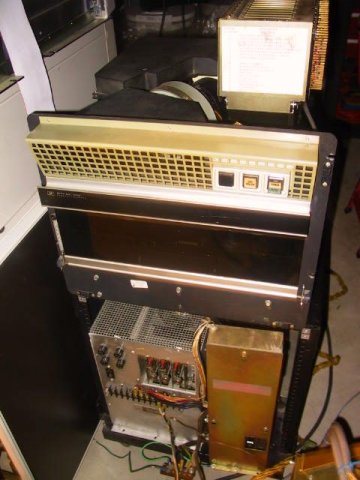 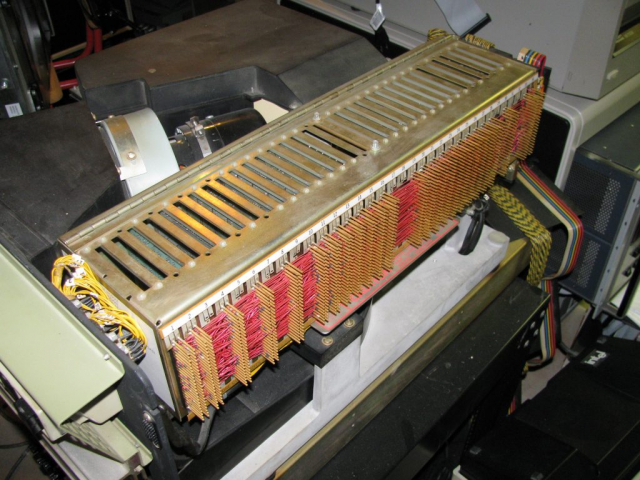 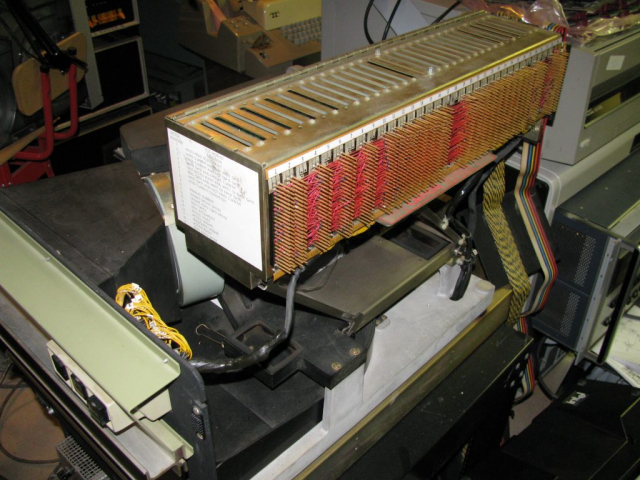 The HP 2780A Disk Drive is one of the more “interesting” drives in my collection. I acquired it with the HP2114B computer. I am not aware of any other such drives in another collector’s hands. The drive itself, and the controller, were manufactured by IoMec. It is two in one: one fixed platter and one removable platter. The platters are the same physical configuration as the DEC RK05, but with different sectoring. The controller (and probably the drive too – I can’t recall right now) uses DTL logic, rather than TTL. There is a two card interface to the HP 2114B to handle transfers using DMA cycles. When I got the drive, it was in pieces, and inside the power sequencer (2nd last photo) there was evidence of significant electrical burning. The 24V control power supply was completely blown out. I am currently using a 24V “brick” power supply in its place, cabled into the power sequencer. With that, I could get the drive to spin up, but the controller does not work properly.