I have a couple of IBM’s microcomputer-based implementations of their mainframe architecture, plus an IBM XT/370 card set that does not work (it has a bad M-Card).

My PC XT/370 did not start out life as an XT/370. Instead it was “cobbled together” (before I acquired it), using an IBM PC/XT with the requisite 256KB of memory on the mother board and the X/370 card set which I acquired separately in 2013. It also has a 3rd-party 20MB Seagate hard disk with its own adapter, and a 3.5″ floppy diskette.

My other “mainframe” is a PC with an IBM P/390E card. This PCI card is capable of acting as an IBM 370 mainframe or as a S/390 mainframe. It is fully capable – it will run the “stock” IBM operating systems.

Ordinarily this card would be installed in an IBM PC Server 330. Not having one of those handy, I originally used a similar era Pentium II based computer – the same one that I use for capturing floppy disks – but running under OS/2 in this case.

In 2021, I replaced the hard drives on my Pentium II with SSD’s. Running OS/2 on an SSD is reminiscent of the old cartoon that showed MVS as a turtle, with a snail labeled IMS on its back (“Wheeeeeeeee”). You can read about this adventure here. This first set of photos shows the card, and my original Pentium II setup. 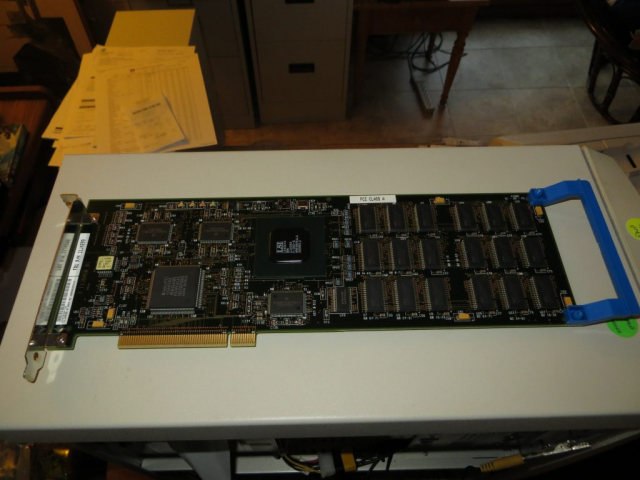 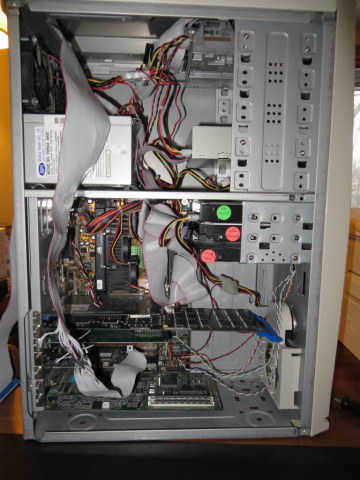 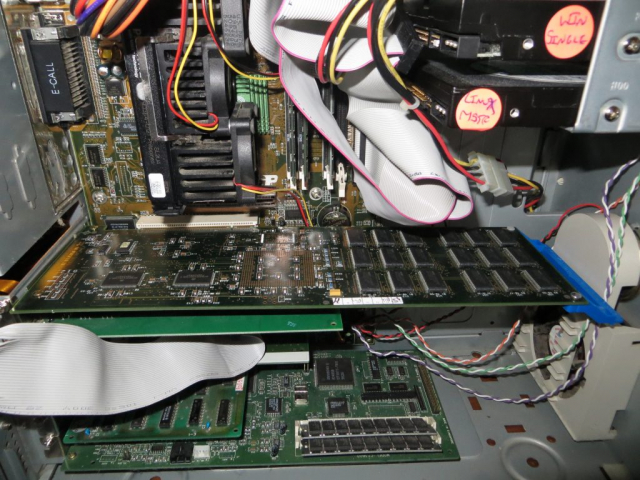 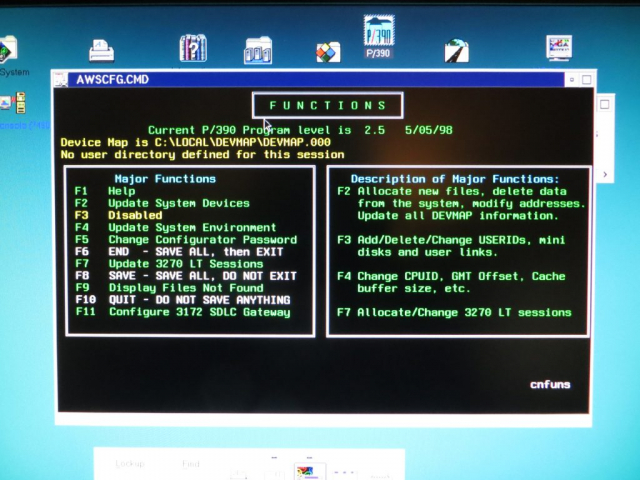 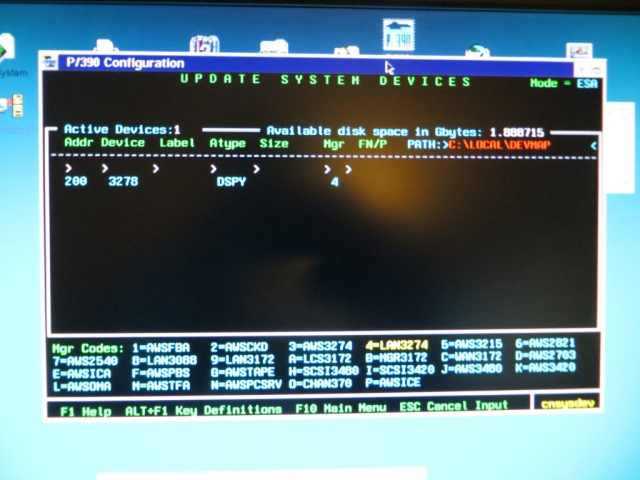 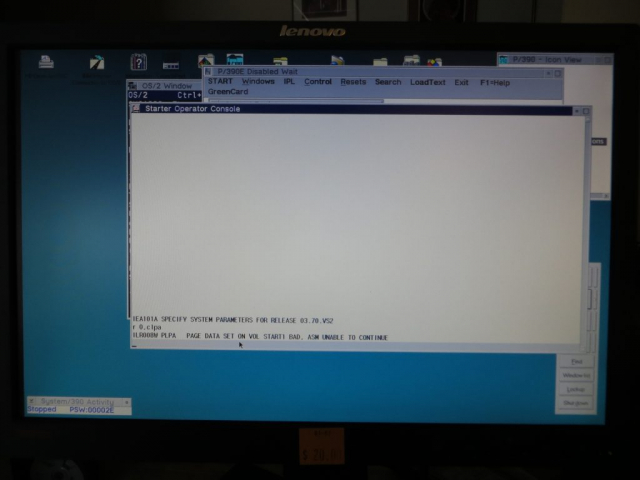 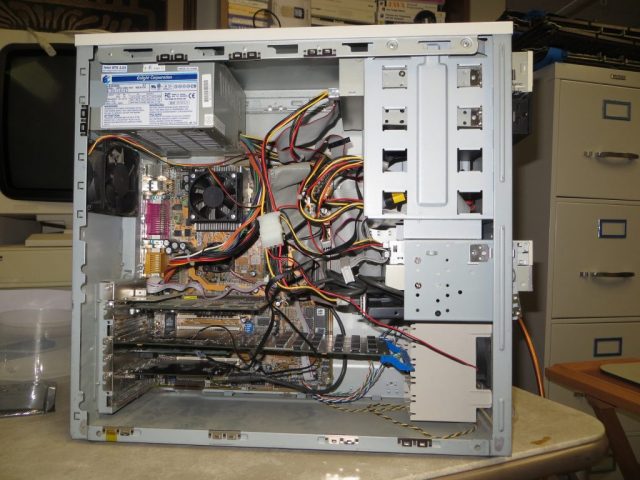 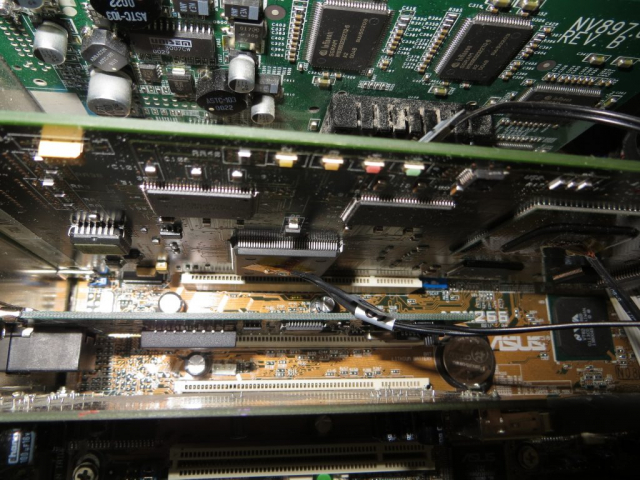 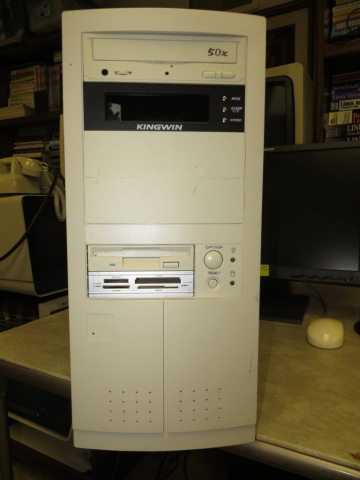 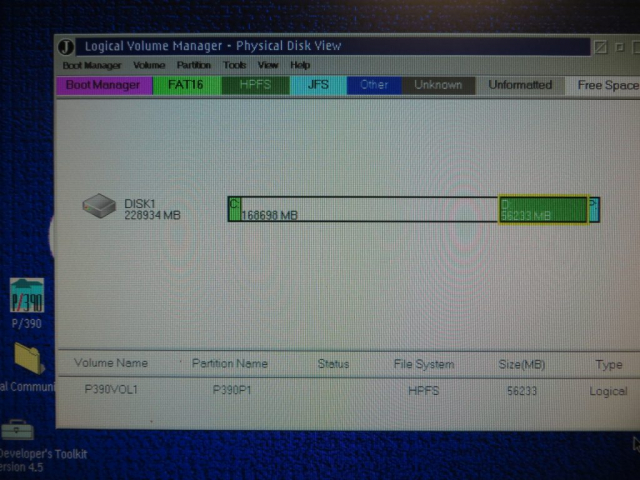 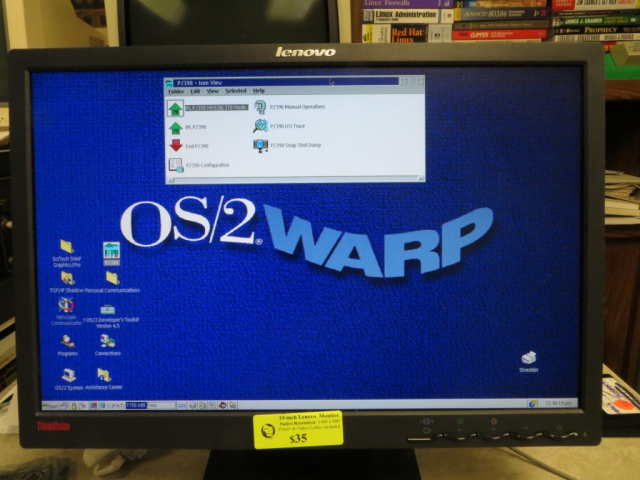 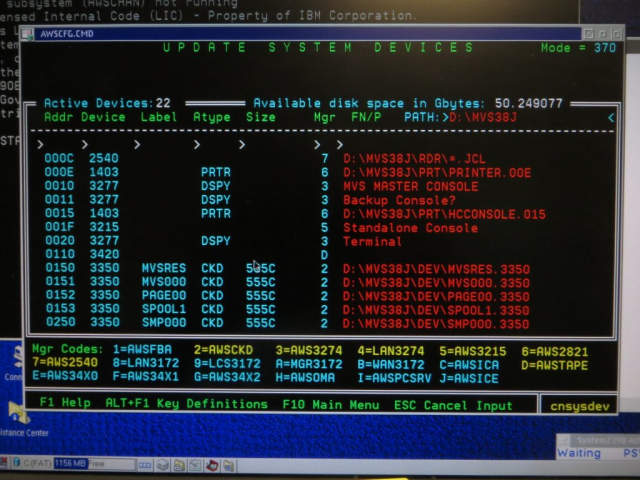 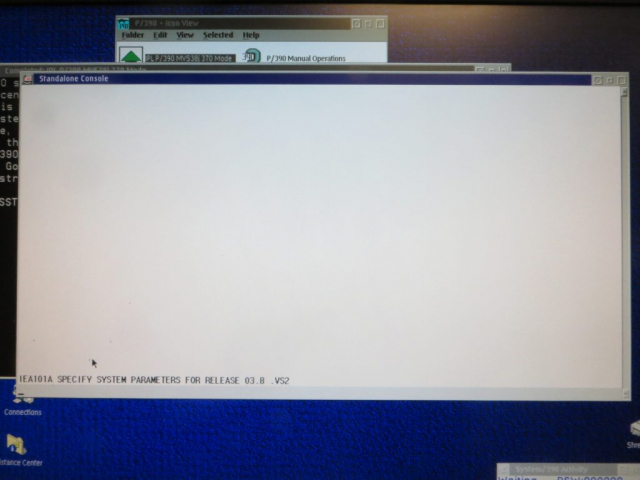 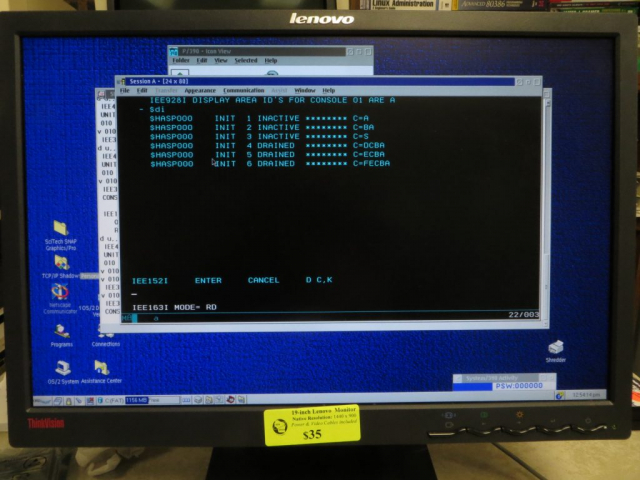