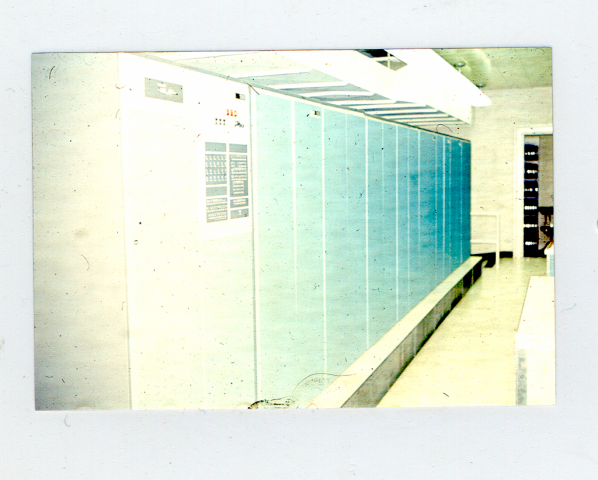 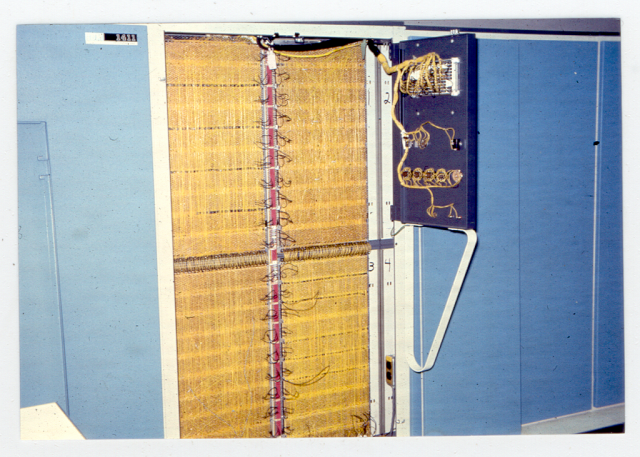 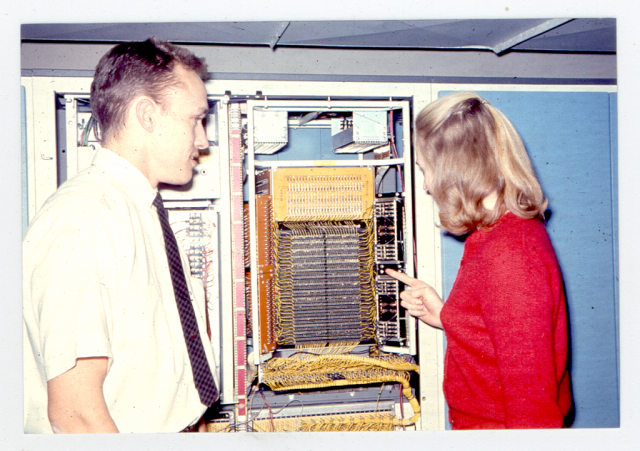 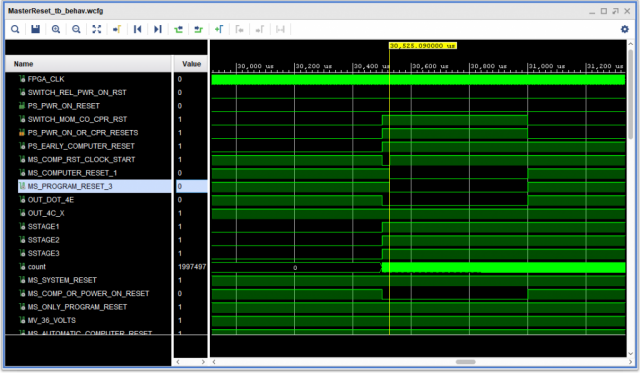 I wish I had an IBM 1410. However, I don’t, and presumably never will, though I know where there are (or at least were) a couple of IBM 1415 consoles for it. I probably would not have space even for a console desk. Also, from what I have been able to find out, there were less than 2000 of them ever built.

The watercolor, at the top of the page, hung in an office at the University of Wisconsin School of Business data processing center while I worked there. It was used by the University of Wisconsin Registrar for a number of years. By the time I encountered the system in 1970, it had been moved to the UW School of Business in room B5 of the Commerce Building. It was on this system that I “cut my teeth”, first as an operator, then as a programmer, and finally as a systems programmer. A manager whom I knew who happened to occupy the same space contacted me several years after I had graduated, and offered the painting to me.

The photo gallery shows an IBM 1410 system that I believe was located at the Wisconsin Dept. of Administration in the 1960’s. Unlike the UW machine, which had red panels, this one had blue ones.

Another photo of an IBM 1410 can be found on Columbia University’s web site.

My most current project for the IBM 1410 involves recreating the CPU on an FPGA platform. To this end I have “processed” the SMS automated logic diagrams (ALD) and have created a database of the logic on individual SMS cards, their card location in the machine, individual logic blocks on ALDs and their interconnection. See the corresponding project page for more information.

The two people in the watercolor picture are standing and sitting at the IBM 1415 console. It consisted of a desk sized unit which supported an IBM Selectric console typewriter and a set of system status lights (above and behind the typewriter) and a console switch unit (to the right of the typewriter). Because the IBM 1410 was a decimal, character-oriented system, the lights were not encoded in binary, somewhat atypical as compared to most mini-computers and some mainframes of the day.

On the right hand side of the picture an IBM 1403 chain printer is depicted. The 1403 was a real workhorse, first used on the IBM 1401 Data Processing System, and it continued to be used thru the IBM 360 and 370 line. Behind the printer you can just barely see the IBM 1402 card reader/punch. Like the 1403, it too was originally developed for the 1401, and continued on thru the 360 and 370 series. Behind the console are shown several IBM 729 tape drives. The ones I worked with were dual density (200/556 character per inch) devices. They had an impressive high speed rewind. Unfortunately, the IBM 1411 Central Processing Unit and the IBM 1414 Input/Ouput Synchronizer are not shown in this watercolor. However, they were about the same height as the tape drives, and altogether were about as wide as four tape drives. So, it appears that the artist who painted this picture “doubled up” by depicting the tape drives and CPU together.

One interesting characteristic of the IBM 1410 was that it could also, at the flip of a switch, fully emulate it’s predecessor, the immensely popular IBM 1401. This was quite impressive, as it was all done in hard wired logic — it was before the days of the micro-programmed IBM 360.

I developed an IBM 1410 simulator. Although I was short sighted when I left school, and did not make copies of the system tapes, I was, fortunately, with the help of Paul Pierce, able to get some diagnostics and system tapes. My simulator has progressed far enough that I was able to boot, run and generate a PR-155 operating system using tape images. It does not (yet) support disk drives.

If anyone has any programs, tapes or documentation (especially for the older PR-108 operating system) for this system, or an IBM 1401, please mail me !

One bit of historical interest. The IBM 1410 was one of a couple of systems for which the acronym SPOOL – which stands for Simultaneous Peripheral Operation On Line (at least for the IBM 1410) – was developed. At lease one other was the IBM 7070. The actual first use seems cloudy.

The IBM 1410 SPOOL program was used on 1410’s that had replaced IBM 1401’s which were often used for card-to-tape and tape-to-print operations, essentially acting as “front ends” for IBM’s powerful 7000 series scientific computers of the day. The multi-programming SPOOL capability allowed the machine to be simultaneously used for other purposes, increasing its value.

For more information on these old mainframes, especially the IBM 1401, 709 and 7090/94 computers, be sure and visit Paul Pierce’s Collection page.